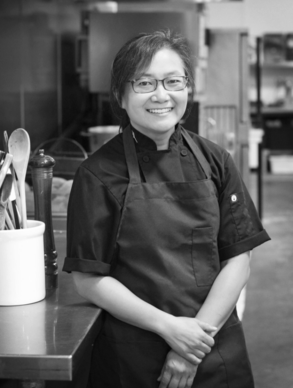 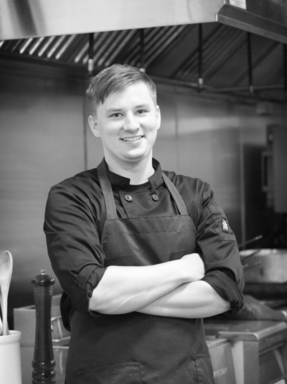 Making friends with the people you work with can lead to beautiful creations. For the founders of Tuk Tuk Mobile Feast, what started as a coworker friendship rapidly evolved into a fully fledged creative partnership. Siri Martinet, who grew up honing her skills, cooking with her family in Laos, jumped head first into the world of professional cooking when she moved to the US. It was working in the kitchen at a Seattle restaurant that she met power duo Britnee Devaul, a master manager of all things front of house and Jacob Devaul, life-long foodie and culinary travel enthusiast. At the restaurant, the trio began to explore the idea of taking some of Siri’s own traditional recipes as well as some new ones, and launching their own creative project. From this humble beginning, Tuk Tuk was born. At the start, Siri, Jacob, and Britnee were all still working their full time restaurant jobs, while using their spare time to refine the recipes and design elements that would become Tuk Tuk, a mobile platform for Lao cuisine. Fueled by an obsession with food and a healthy dose of workaholism, the trio began building on traditional and contemporary dishes, made from scratch with fresh, local ingredients, creating a menu that showcases creativity, variety, and technical culinary mastery. All the hard work is paying off, as of May 2018, Tuk Tuk has gone full time, allowing Siri and Jacob to quit their other jobs and commit their full energy to the truck, as well as spend more time cooking and spending time with their families. This is also very good news for all of us who have come to love Tuk Tuk’s unique offerings, as they will be gracing Seattle’s food truck hot spots much more frequently.